Taylor Milne of Windsor, Ontario is a 2008 Beijing Olympics competitor, specializing in the 1500m distance. He is currently preparing to qualify this spring for the 2012 London Olympic Games. First he must race to the Canadian A-standard time of 3:35.50 to get there. He is close.

Milne competed for Canada at the 34th IAAF World Cross Country Championships, which took place in Fukuoka, Japan. In addition to the Beijing Olympic Games 1500m, he also raced in the IAAF/VTB Bank Continental Cup in 2010.

Milne is coached by Dave Scott-Thomas who coaches for the University of Guelph and the Speed River Track Club. Scott-Thomas also coaches Reid Coolsaet and Eric Gillis at the marathon distance, amongst many other top-level Canadian athletes.

Christopher Kelsall: Congratulations on your recent 3:56.4 indoor mile at the New Balance Indoor Grand Prix in Boston. Both your indoor and outdoor miles are "3:56". Your personal best in the 1500m of 3:36 is a slightly better performance, do you feel you can run a 3:51/2 mile? Is that something you even want to focus on in an Olympic year?

Taylor Milne: After finishing at Boston I was pleased with how I raced and gave myself a good shot to win. I didn't pay attention to splits or anything. I just wanted to try to win the thing. I came up a little short. When I saw the time I was very happy. I felt like we didn't really get going until the final 400m. So to run a 3:56.4 feeling like I had some more in me was great. If I can knock out standard early this year (A-standard: 3:35.50) I would love to run the Prefontaine Classic mile. I think I could go in the low 3:50's the way I am feeling in training. But I must get the Olympic A standard first. I am just training really hard and will be ready to pounce on any fast race opportunity in order to hit the standard. Hopefully early in the season.

CK: Early so you don't experience a preparation like you had for the 2008 Beijing Olympics. You had quite the ride qualifying and there was much work that went into stepping into the Bird’s Nest and onto the track. By the time you got there, was some of the life taken out of your mental competitiveness?

TM: Yes! I had a life goal of making the Olympics. It was a huge high and it left me feeling amazed and content. I did not do a good job of getting refocused for the Olympics. I just kind of thought it would take care of itself. Like how can't you get up for the Olympics? But I felt more like a spectator then a competitor. I am very grateful to have had this experience. If I walk away from running right now I can always say I am an Olympian. Which is a very neat thing to have in your back pocket.

CK: Or tattooed on your chest. 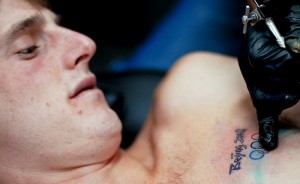 TM: Well sometimes when I am in the weight room and I see all the big meat heads looking at me wondering what the skinny kid is doing in there, I will lose the shirt and let them know whats up!

[continuing]...and I am not walking away just yet and I plan to go there and be right in the mix this summer.  The whole scene here in Guelph is really rocking right now. The atmosphere is amazing and I am just excited for what the summer holds for myself and my teammates!

CK: What do you need to change in your training at this point to get that A-standard?

TM: Training is going amazing. If I am healthy come spring I think the standard will come with a decent race opportunity. We have been tweaking and playing for the last four years trying to get those improvements. Dave and I feel it is all coming together at the right time and are looking forward to a huge summer.

CK: When Dave Scott-Thomas got a hold of you apparently you were on the track three days-per-week running 200m repeats. How long was the process of getting you to be comfortable running the DST way?

TM: It definitely took a couple of years to adjust to DST training style. It is a process of building and developing a big aerobic base. I use to go chasing Reid Coolsaet around the trails and about half way through workouts I would die and sometimes walk back to the Dome. I was used to going all out on everything, but when you are logging 100 plus mile weeks and putting in three quality sessions, you need to learn to remain in control and be ready for the big sessions.

CK: At the Wannamaker Mile at the Millrose Games you went out in front, behind the pacer. Do you think now that taking Levins’s approach and starting slow may have been wiser or were you happy just to go for it?

TM: Like I said earlier, I felt great in Boston and felt I had a chance to run 3:54 maybe even 3:53 at Millrose. I knew Centrowitz has a great kick so I was going to start pushing from 600m out to try to run it out of him. Unfortunately I had a little cold that hadn't really affected me in my preparation for the race. But Once I started trying to crank the pace up my breathing went to hell and I was just not getting the oxygen that I needed. I went really lactic with about 400m to go. It was a terrible feeling. I had expected a lot out of the race and I struggled to a four minute mile. However, I ran exactly how I had planned, the body just didn't respond how I thought it would.

CK: Could you tell how relaxed Centrowitz was from your perspective? Have you seen the race on video?

TM: I have not watched race video. I have however heard he looked as though he was not trying. He is a great athlete and had I raced like I had hoped I think I good have pushed him a bit more. Hopefully I get another chance this summer.

CK: Are you planning to compete in any National Track League meets this year?

TM: I will for sure head out to Harry Jerome Track Classic and since I will be out there I will probably pop out to Victoria too. After those two, I will have to see where I am at in my preparation before deciding on the other ones.

CK: Regarding your comment about chasing Coolsaet, now he seems even fitter after his Kenya trip. Do you think there may be some "chasing" if you run together?  Or are you closing the gap?

TM: We have not worked out a whole lot together in the past year. Last time we did he was trying to sharpen up for some track stuff in the summer so I was at an unfair advantage. However we may cross over a bit over the next month. It will be interesting to see how we are both moving out there right now. I think as long as he and I stay ahead of Gillis we will both be happy. (Just kidding Eric) 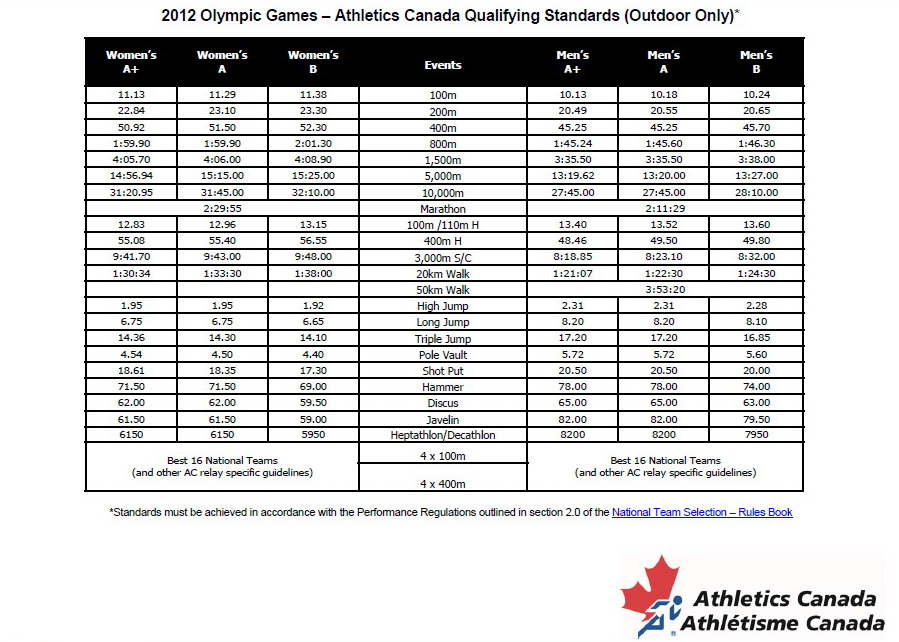