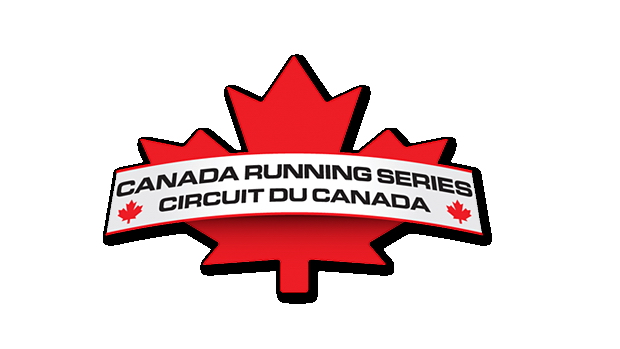 Five weeks of high altitude training in Kenya appears to have done Lanni Marchant the world of good as she has been setting the Canadian road racing scene alight.

Last weekend the London, Ontario native smashed the nine year old course record for the Around The Bay 30km race by almost a minute and a half finishing in a time of 1:44:40. That outstanding performance was preceded by a new personal best half marathon time in Nashville (1:12:17).

Now the 28 year old turns her attention to the Toronto Yonge Street 10km April 21st, the third race in the 2013 Canada Running Series.

“I am feeling pretty fit especially after being in Kenya for a month,” she admitted. “I had a good half marathon last month which kind of surprised me because I wasn’t feeling necessarily that fit in my workouts. It’s coming along pretty well. I have had a bit of chest infection which stopped me from getting in some quality training.”

Naturally the primary goal for 2013 is running well at the IAAF World Championships in Moscow.

A year ago she finished 5th in the Rotterdam marathon with a huge personal best of 2:31:51. Although that met the Olympic ‘A’ qualifying standard Athletics Canada had mandated a superior standard and so she was left off the team for the London Olympics despite a lengthy appeal through the Sport Dispute Resolution Centre. There is some consolation in finally getting to represent the country at a major championship.

“I am excited. I am,” Marchant declares. “My coach and I have been talking about it. I want to run well there for Canada and I also want to race well in the Toronto Yonge Street 10k.  Each little training phase and race is one step closer to Moscow. It’s exciting to have that as an end goal line up and hopefully run a great race and represent Canada well.

“In Toronto I really just want a fast time. I know it’s a downhill course and it doesn’t count for an actual ‘PR’ but I am ready to run a fast 10k and compete.

“I know Rachel Hannah (member of Canada’s 2013 World Cross Country team) has committed and she has had a major jump in her training and racing. I am ready to race and not necessarily be worried about pacing or having enough left in the tank at the end. I kind of want to line up and go from the gun and see what I have accomplished in the last couple of months of training.”

The winter trip to Kenya was her second visit to the East African running mecca. She stayed in Iten at the hotel run by three time world road running champion Lorna Kiplagat for the duration and although it was a few weeks shorter than her last visit she made the most of it.

“We focused a lot more on the mileage,” she explains. “I didn’t do any super crazy workouts when I was there. I would go down with Reid (Coolsaet) and some of the other Canadian guys and do some tempo runs. They were the hardest runs I did. I wanted to push through and try and increase the tempo. Last year I had six or seven weeks so we did a lot more workouts.”

Marchant graduated from the University of Tennessee law school and is currently living in White, Georgia. She is employed by the law firm Speek & Webb, PLLC in Chattanooga and goes into the office or to court two or three days a week. The remainder of the time she spends writing legal briefs for the senior partners.

“It’s mostly criminal and family law that I do,” she explains. “I do child support law and juvenile cases primarily small time drug or DUI charges. I do some legal writing for the firm for their murder cases but, because of my running, I don’t handle the murder cases on my own. There's probation, there’s clients who pick up new charges. Because I am a new attorney a lot of my cases are appointed by the court. It’s kind of luck of the draw.”

She uses the hour or so commute to plot her day and usually fits in training before and after work compiling upwards of 125 kilometres a week. The contrast with her previous employers is dramatic.

After returning from her Kenyan training camp last year she learned she no longer had a job. In addition to the time she had in Kenya this winter she was able to run the anchor leg on Canada’s Ekiden team in Chiba, Japan last November.  She is therefore quick to praise her current firm.

“I started with this firm the past summer,” she explains. “It’s not a long time. They have been really supportive. They have been clear about what they want from me. They were supportive of me going to Kenya and it was a bit of a quiet time around the office anyway. They are not runners but they understand that this is important to me.”

Performing at the highest level is Marchant’s priority. A victory at the Toronto Yonge Street 10km is therefore her next target.