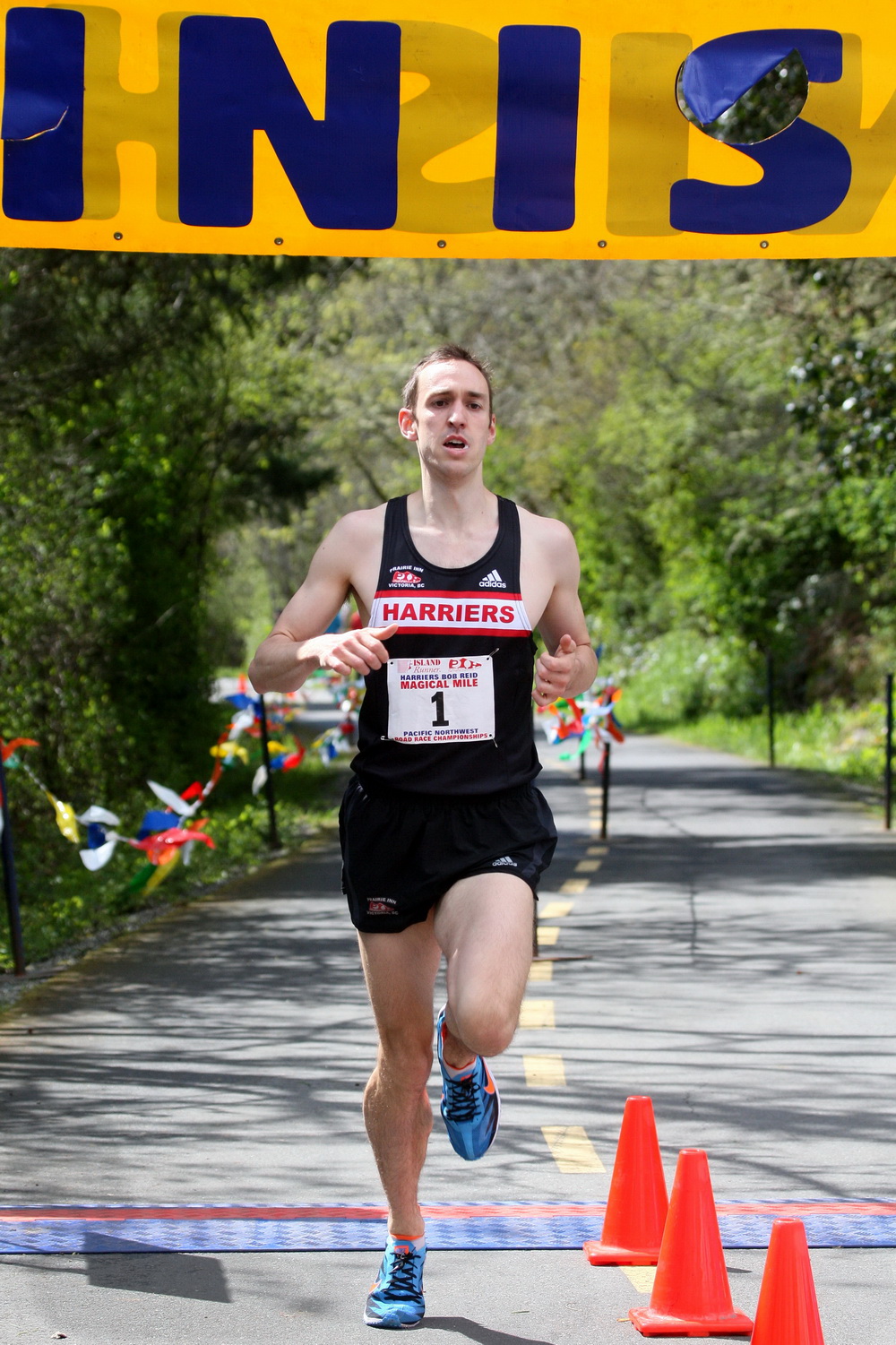 The first annual Bob Reid Magical Mile, which boasted a total prize purse of $5400, took place in Victoria, BC at 12:00 PM on Saturday, April 13th, under variable spring-like conditions. Runners of all abilities raced in a staggered start format over a schedule of nearly three hours. The event was the Pacific Northwest Championships for all age categories. “I was thrilled at the number of high performance athletes that came to the inaugural running of the (Prairie Inn) Harriers, Bob Reid Magical Mile,” said race director Bob Reid.

Many of the top athletes represented the University of Victoria Vikes past and present including former Vikes Clifford Childs and Geoff Martinson as well as current members Brittany Therrien, Karl Robertson, Shauna McInnis and Thomas Riva. “It was a really fun race! The format definitely took any kind of tactics out of it. The only tactic was to run hard!” said Childs, who was happy with his result having trained primarily for the 10km distance (Vancouver Sun Run). Child’s added, “I am in the best 10k shape ever, so I haven’t been running at the mile pace much at all.” Childs was seeded second behind Martinson and ahead of Thomas Riva. The three finished in that order however, unseeded UVic Vike Karl Robertson usurped Childs and Riva for second overall.

Martinson, who represented the Prairie Inn Harriers Running Club and started first as he was seeded with bib number 1 finished in 4:14.38. Karl Robertson ran 4:23.14 and Clifford Childs ran 4:23.65. 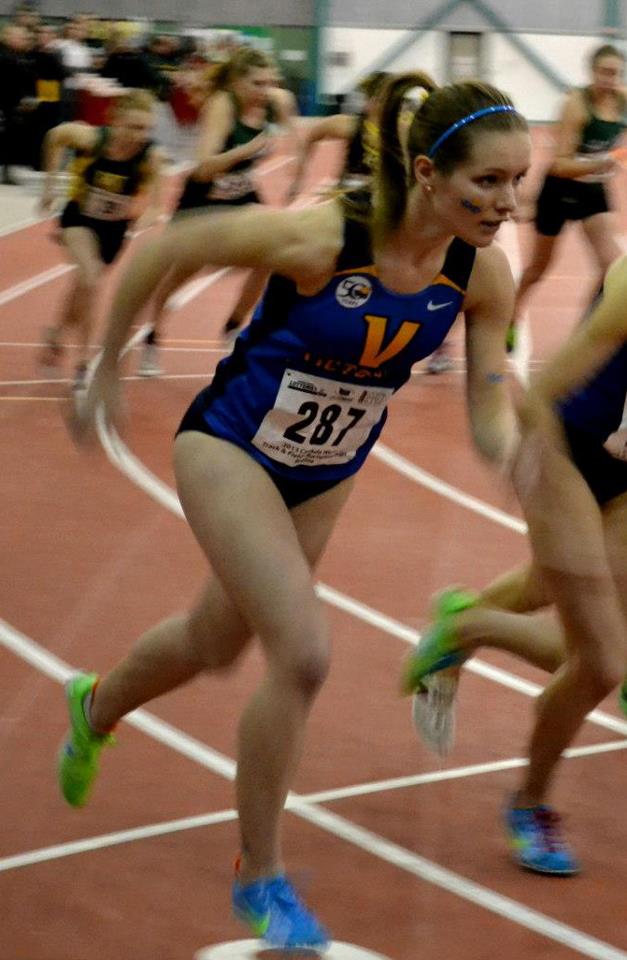 In the senior women’s category six of the eight runners represented the University of Victoria Vikes including first overall Brittany Therrien in 5:07.26, who was seeded third. Second went to teammate Shauna McInnis in 5:12.40 and third to Melissa Ross who runs for Oceanside Running Club of Parksville, BC. Ross finished in the time of 5:15.26. The wins secured Therrien and Martinson each with a beautiful painted rendition of the Roger Bannister and John Landy’s miracle mile from their famous duel in Empire Stadium in 1954.

In the Junior men’s and women’s races a pair representing the UVic track club each won their respective races including men’s first overall Thomas Getty who crossed the line in 4:37.75 and Emma Bibault in 5:29.74.

The out-and-back course was run on a paved commuter trail west of downtown Victoria named, the Galloping Goose Trail. The first 800m was run on a fairly straight and flat section, with small rolling rises leading to a minor increase in elevation. The return 800m, after a 180 degree turn-around provided a good negative split opportunity as runners retraced their steps downhill. The event got under way with a kid’s krazy kilometre – on a 500m out-and-back course and moved up through primarily ten-year age groups.

The staggered start required athletes to submit predicted mile times at registration. The starting order was determined by the predicted time, where the fastest started first, second fastest went second and the format continues through the field. Each start was five seconds behind the other. “This was a really well organized and fun event! I think there will be even more interest in subsequent years, as people come to appreciate the accessibility of this distance and format,” said Morgan.

Winners in the 40-49 age-group were Camie Bentham of the Prairie Inn Harriers who crossed the line in 6:13.51 and the legendary Gary Barber who finished in 5:18.75. Barber is a former international runner for Canada and Great Britain. Jo Rosen of Victoria was the top female master however, she ran in the 50-59 age category. She won in 6:09.49.