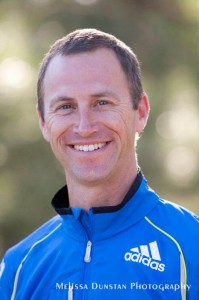 Greg McMillan is into his fourth year running adidas-McMillanElite - a post-collegiate program for runners who compete over distances from 5k to the marathon. McMillanElite, Inc. is a non-profit Olympic development running team based in Flagstaff, Arizona. The team is a collaboration between adidas and McMillan Running Company.

McMillan is a coach, competitive masters-age athlete and physiologist. He incorporates training methods from some of the most respected coaches and physiologist from around the world including Joe Vigil, Arthur Lydiard, Dr. Dave Martin, Gabriel Rosa and others.

Recently adidas-McMillanElite athletes have enjoyed success at the Olympic Trials Marathon that took place in Houston, Texas, with Brett Gotcher running 2:11:06 and Nick Arciniaga finishing in 2:11:30. Team McMillan won the USATF National Club Cross Country Championships December 11, 2011. They have won three of four years. The year they didn’t win, they did not enter a team.

Christopher Kelsall: Nick Arciniaga’s 2:11:30 marathon time is impressive considering his 10k personal best of 28:29 and half-marathon of 1:03:22. Where you surprised by this result?

Greg McMillan: All his workouts indicated that he could run that time and he had run 2:11:47 at RNR San Diego the previous June so it was very doable. With regard to his shorter distance PRs, we must remember that these days, many athletes like Nick are going to the marathon quickly after college and not worrying about their shorter distance times. The old concept of run as fast as you can at 5K and 10K then move up isn’t financially possible for athletes like Nick. They have to go to the distance where they can survive financially and that’s certainly not the track.

I’m sure Nick could run much faster than his current 10K and half-marathon PRs, but he’s focused on the marathon and running faster at shorter distances isn’t his priority. He’ll likely lower those times when he gets a chance to race a fast 10K and half-marathon. That said, however, we are working hard to improve his speed in training and you’ll see that with what we hope will be some breakthrough performances over the next couple of years.

CK: What workouts did you have him run to demonstrate his ability to hit the time indicators?

GM: Our main marathon predictor workout is a 15-mile Japanese-style tempo run. The first 11 miles are run at marathon effort (not pace since we are at altitude) with the last 4 miles nearly all out. If an athlete is able to perform well in this workout while tolerating the mileage and other workouts in our marathon training plan, then there’s good chance of success in the marathon. Over the years, I’ve gathered enough data from all the athletes in our program that I get an idea of what to expect on race day. What’s interesting, of course, is the individual variation. I know how Nick needs to perform to predict his time which is a bit different than how Brett Gotcher needs to perform to predict his time. Coaching is all about individualization.

CK: How far out from race do you have athletes do the Japanese style tempo run?

GM: We do two of the 15-mile ones. The first is 28 days out from the race and the second one is 14 days out. We also do a 12-mile one 42 days out. By the time they get to the last 15-mile tempo run, marathon pace should feel easy so the workout as a whole isn’t as “hard” as the first one though the athletes may disagree with me on that!  This workout is a blend of what I learned from Gabriele Rosa’s fast finish long run and from Nobby Hashizume and being around the Japanese teams that train in Flagstaff.

CK: Speaking of Brett Gotcher, now that the Olympic Trials have passed, will he be racing a marathon again in 2012 or will he be focusing on improving his 10,000m personal record?

GM: The plan right now is that he will work on his 10K and road racing this spring/summer then look for a marathon in the fall/winter.

CK: Do you see - with the emphasis of athletes moving on to the marathon earlier these days - that the track distances are going to suffer? Are some of these sub-2:05 marathoners potentially lost heirs to the El Gerrouj and Gebr thrones?

GM: I don’t think so. What we’re seeing is that the marathon (at least on the men’s side) is simply catching up to the track performances. For example, if you put Bekele’s 5,000m world record into the McMillan Running Calculator, it predicts a 2:03:00 marathon. If you put in his 26:17 10,000m record it predicts 2:03:21. The marathon world record is now at 2:03:38 so it’s in the ball park. I think given the huge financial incentive with marathoning, we’ll see the marathon world record bypass the track world records. There are so many marathons with record-capable courses and so many guys going for it several times per year that it just makes sense that the record will continue to drop. Compare with this only a few record-capable track meets and you see that the marathon record is more likely to be broken than the track records.

I believe we’ll still see great shorter distance athletes (Rudisha comes to mind) and records, especially in the middle distances where the athletes have more opportunities to go for records. One would predict that the longer distance track races won’t drop as quickly anymore as there are fewer big 10,000s these days where all the best guys are going for it.

CK: Are we going to see Aaron Braun take on the marathon soon? Or work on this current personal record of 27:57 in the 10,000m?

GM: I’d say he’ll debut in the next two years. His focus right now is the 10K at the Olympic Trials but as you’ve seen over the last year, the roads suit him very well. My hope is that we can get his 10K time a bit faster, get some more experience on the roads and then run a fast half-marathon debut over the next year. When I watch him do some long steady state runs of 10 miles on the same course our marathoners use, I certainly get excited that he has a big future in the marathon. He has all the tools:

He’s an altitude native and really excels at lactate threshold training. He came from a very aerobically-based program at Adams State. Coach Martin at Adams State did an amazing job at developing him into a champion so his mind is really tough. He’s been running 100+ miles per week for 2-3 years and handles it easily

Time will tell but he certainly seems set up to be a great marathoner.

CK: With him having two to three years of running 100-plus mile weeks and being from altitude, does this give you the opportunity to have him run a greater percentage of his time at anaerobic threshold versus someone who comes to you with less?

GM: It’s not that he does a greater percentage at any threshold (aerobic or anaerobic), it’s just that he’s really good at those workouts. I believe Aaron’s sweet spot is his aerobic threshold and that’s where fast marathoning comes from. It’s helpful to have a lot of speed (which is what we try to develop before an athlete moves to the marathon) but it’s more important to be able to run really efficiently at marathon pace and he seems to have that ability. I look forward to his first marathon training cycle to see if I’m right or not.

CK: We have been talking about training at one’s anaerobic threshold. “Speed” as you know is a relative term. Just for clarity sake, when you say “speed” what pace or efforts are you referring to?

GM: When I say speed, I mean VO2max pace (8-12 minute race pace) which translates into fast 1500m to 10,000m racing. AT (anaerobic threshold) for me falls within the Stamina training zone, also important for racing but with different benefits to the runner. Note: I follow the training zones defined by Dr. David Martin in his book, Better Training for Distance Runners. He calls them by more physiological names whereas I simply use Endurance, Stamina, Speed and Sprint.

Consistent mileage (preferably at altitude) as well as VO2max workouts like Joe Vigil suggests help build this type of “speed”. We do this within a comprehensive, Lydiard-style long-term approach to building each aspect of the athlete’s capabilities.  Everything must fit within the long-term plan for the athlete. It’s really about development, something I learned from Lydiard himself, Coach Vigil and my first coaching mentor, Guy Avery.

CK: Having Joe Vigil speak in Flagstaff this summer is exciting. I assume that you must incorporate some of his training into yours. Was Vigil a big influence for you?

GM: You bet!  Coach Vigil is one of my most important mentors. He gave me lots of advice when I was setting up the team here in Flagstaff and continues to serve as a trusted advisor. He’s always available to talk and is just so helpful to young coaches like myself. I like how he has one foot in the science of running (he has a PhD in it) and one foot in the art of coaching (I feel he’s one of the best pure coaches in the US today). He makes me want to be a better coach each time we talk and there is no one more motivating to here speak that Joe Vigil. I can’t wait for our high school campers and their coaches to get to spend time with him.

CK: Coaches can find information on the adidas-McMillanElite site about Joe’s visit?