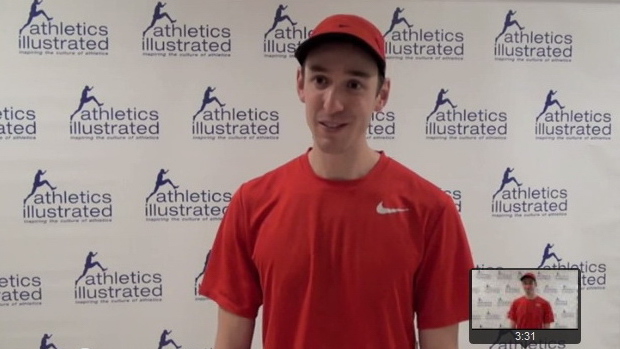 Sunday, April 28th the annual Times Colonist 10k race takes place on the downtown streets of Victoria, BC. This year hometown favourite Geoff Martinson is looking to break the streak of back-to-back leap-frogging Kenyan winners Willy Kimosop and Kip Kangogo, who have each won twice, every other year from 2009 to 2012 and again, they are both in this race. The previous hometown winner was Eric Kiauka in 2008 in the time of 30 minutes and 31 seconds. Before Kiauka, two-time Olympian Bruce Deacon won twice consecutively in the time of 30:08 in 1998 and 30:33 the following year. Deacon won one other time in 1993, breaking the 30 minute barrier by finishing in 29:42.

Martinson has been running well during mid-2012 to recently, where he has competed at the BC Cross Country Championships, finishing second to eventual IAAF World Cross Country Championships competitor Chris Winter of Vancouver, BC. He followed that up with middle-distance races in Vancouver and Edmonton. His specialty is, or perhaps was the 1500m distance. Martinson competed in the 2011 IAAF World Track and Field Championships in Daegu, Korea in the 1500m.

Martinson is now demonstrating strength in longer events such as the half-marathon, where in his second attempt at the distance, while pacing master Jim Finlayson – and finishing alone in a cold head-wind - he managed to run 67 minutes and one second – about one and a half minutes off of his personal best. During 2013 he has won local road races from 5k on up, handily. He dominated the Frontrunners Vancouver Island Race Series, by winning all six events he entered, plus the Bob Reid Magical (road) Mile and is seeking to parlay his excellent road racing skills to a hometown win and perhaps a course record. The latest TC10k course was introduced in 2011. The event record dates back to 1995 and was set by Kenyan Simon Chenowya in the time of 28:47.

Yet another Geoff Martinson Interview

The men’s top 10 also includes David Jackson from Abbotsford, and Kenya’s Bernard Onsare who now trains in Calgary. The masters field could see an interesting battle between Jim Finlayson, who since turning 40 has recorded some impressive times, and Kevin O’Connor, TC10K Masters winner for the last two years. Closely behind them will be Bruce Deacon and Craig Odermatt.

The women’s field sees some new faces and some returning champions. Jane Murage from Kenya ran a 34:11 last year and is aiming for sub 32:30. Victoria’s Catrin Jones ran 35:57 at Cobble Hill 10K this year and has a goal of sub 35:30. Vancouver’s Sabrina Wilkie ran 36:16 in last year’s TC10K and was second in both the Harriers Pioneer 8K and the Bazan Bay 5K this year. Jen Millar, who won three of the races in the Vancouver Island Races Series, subsequently taking the overall women’s title, will be in strong contention for a top three spot. Melissa Ross and Claire Morgan are also in the top 10, alongside past TC10K Masters champion Lisa Harvey and six-time TC10K winner Lucy Smith.

The TC10K is Canada’s third largest 10-kilometre race. At close of online registration on Wednesday April 24, 11,841 had registered. Individuals can still register at Race Package Pick up from 12 noon – 6 pm Friday April 26, and 10 am – 6 pm on Saturday April 27 at the Race Expo at Crystal Gardens, 713 Douglas Street. The start times for Sunday are 7:50 am for the wheelchair and visually impaired athletes and 8 am for the main start. For more information see: www.tc10k.ca